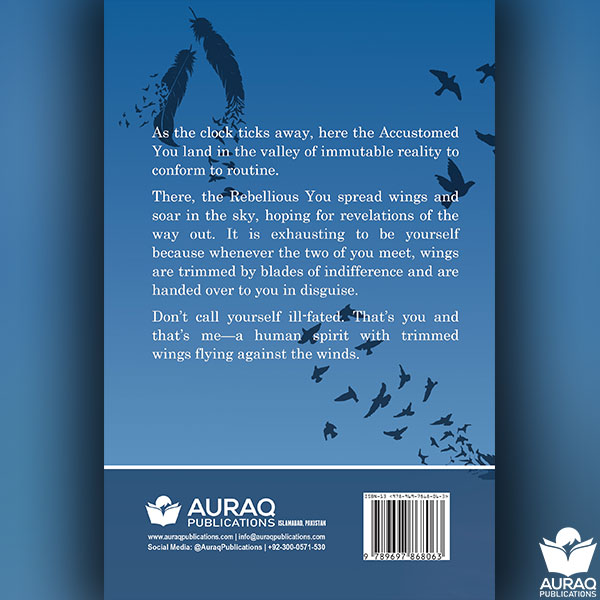 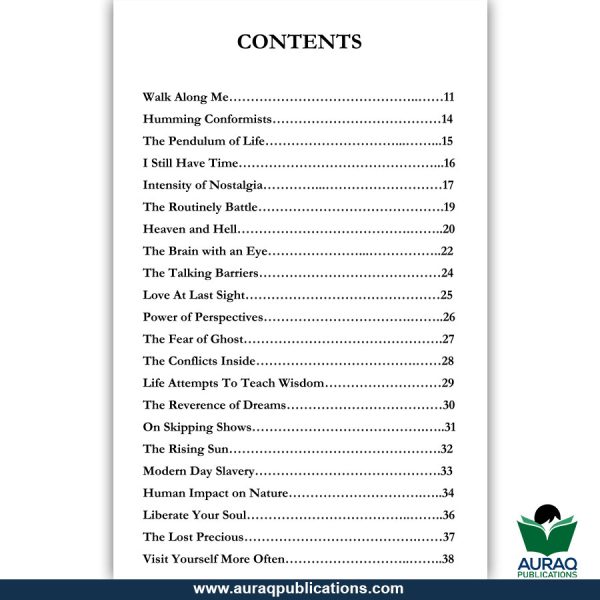 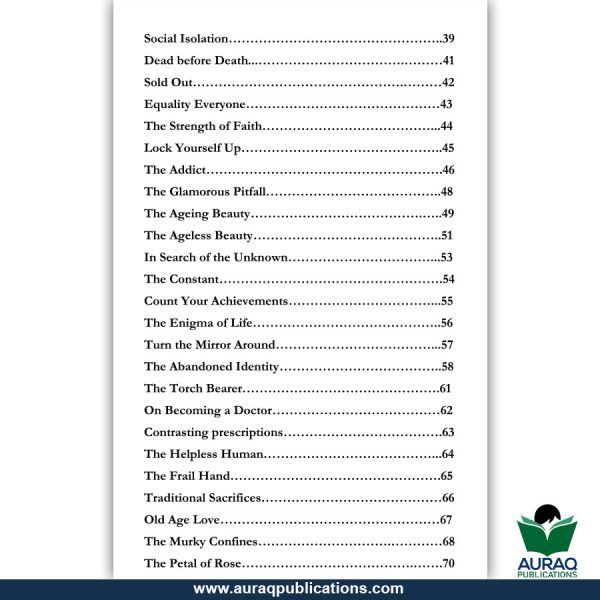 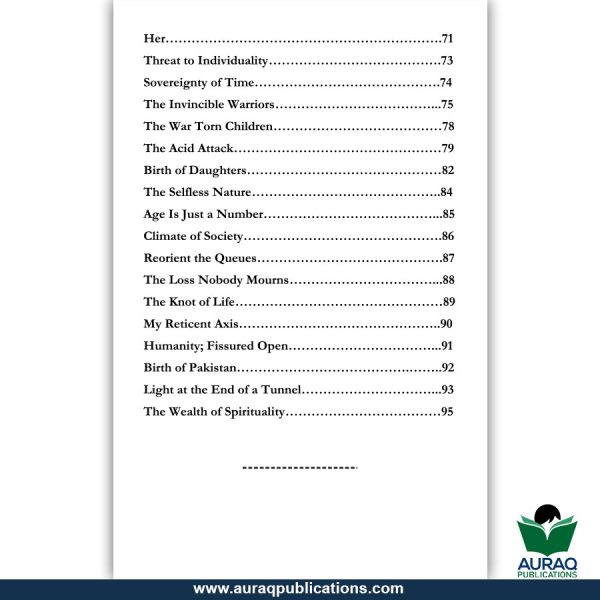 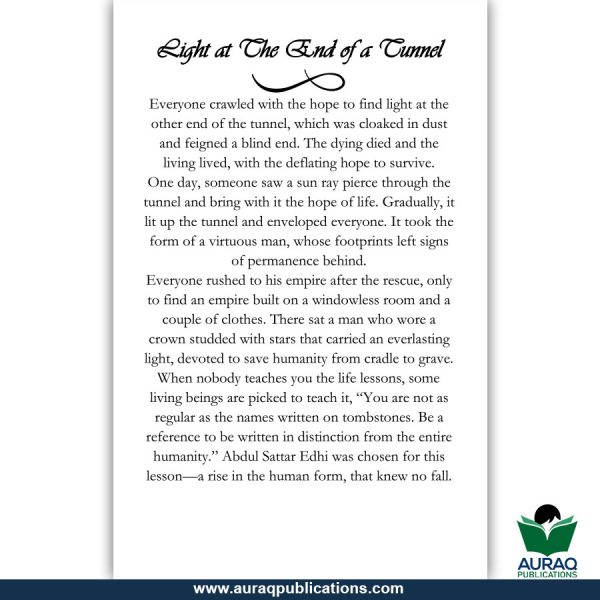 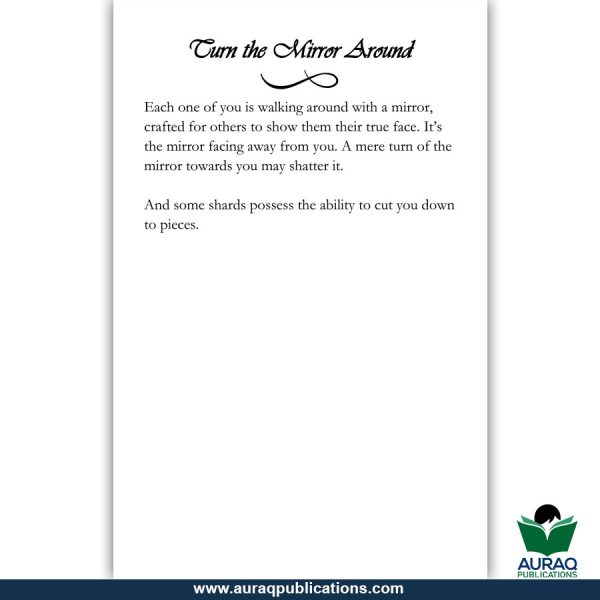 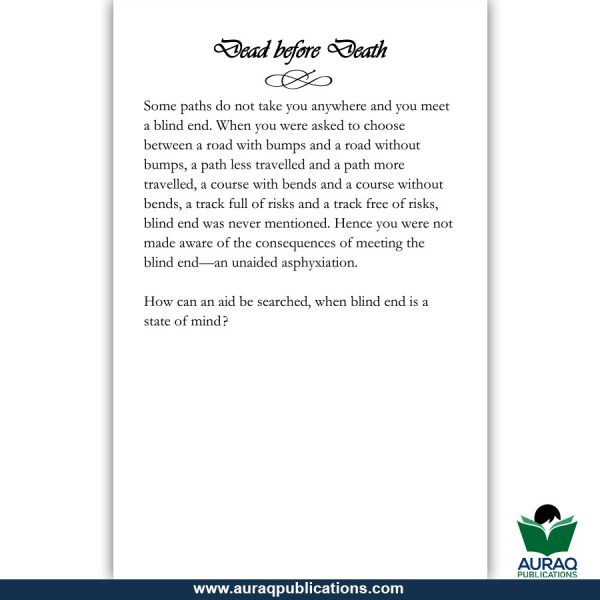 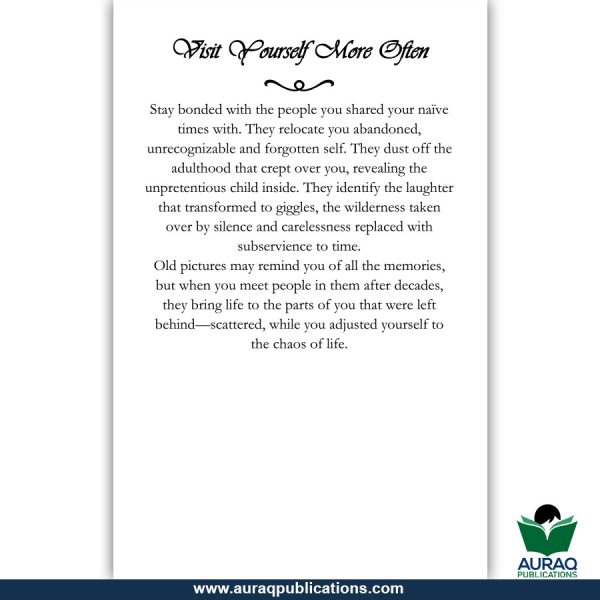 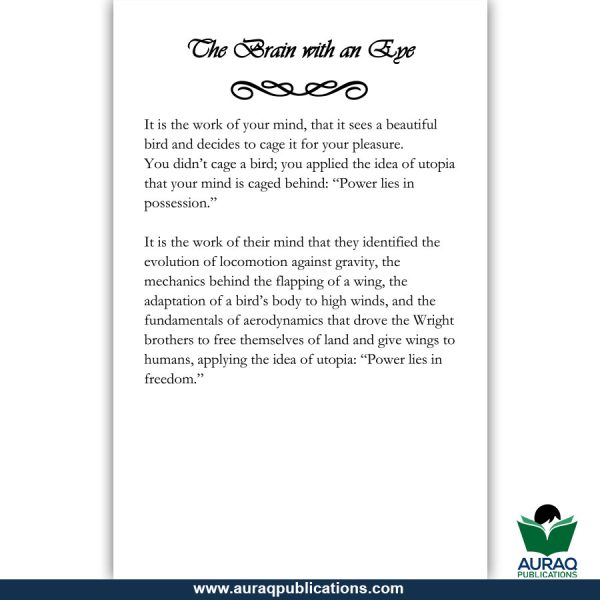 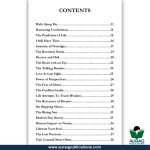 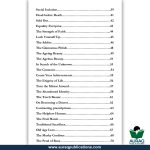 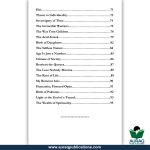 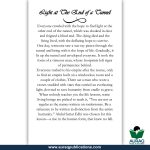 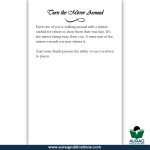 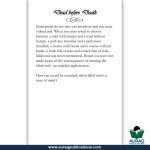 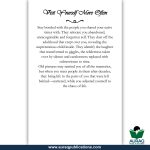 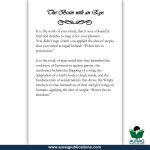 Flying with the Trimmed Wings

This book will take you to witness an untamed society that ignored the blinking warning lights and danger-ahead signs and collapsed in self predation that it now justifies with silence and indifferent nods.

It comprises of short prose and poetry revolving around the unperceived realities that, while we ran unstoppably on the treadmill of routine, permeated deep down the society. This book will take you to witness an untamed society that ignored the blinking warning lights and danger-ahead signs and collapsed in self predation that it now justifies with silence and indifferent nods. Delving deep into the darkest corners of society, you will meet a woman who, deprived of her identity by an acid attack, tells her tale on facing a mirror. A child who was labeled as a threat to the safety of world narrates how mass massacre guaranteed safety after taking his life.

A doctor whose services were nullified by a mob attack relates how quacks are believed to be equipped with the aid for their survival. A reluctant silhouette who bows down to the herd mentality tells the story of survival of the conformist. A girl who is addicted to living in the virtual world of social media describes how she fights off anxiety by feeding on likes. From the tales of liberation of soul to the epiphanies of limitations of time, “flying with the trimmed wings” attempts to join the dots in mind of a wanderer who goes to sleep every night with a hope of being able to fly, chained with a fear of lacking the ability to fly, hence he wakes up to fly with the trimmed wings.

Namra Nasir is a doctor, a blogger and a published author. She writes about the unnoticed realities of society that impact our lives unconsciously. In light of her medical career she writes for the ailing society that sometimes gets cured by a conversation more effectively than a medicine and a word more miraculously than a prick. She aims to create turbulence by showing the mirror to a society that looks away by immersing itself in a vacuum of escapism, distractions and self-created illusions.

Any cookies that may not be particularly necessary for the website to function and is used specifically to collect user personal data via analytics, ads, other embedded contents are termed as non-necessary cookies. It is mandatory to procure user consent prior to running these cookies on your website.