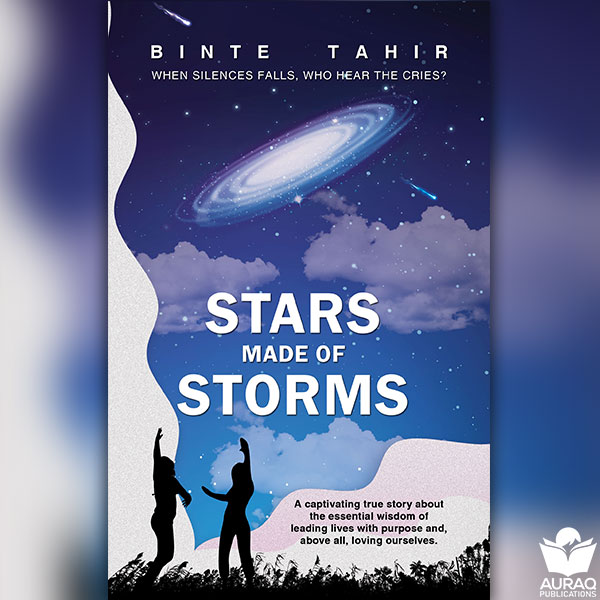 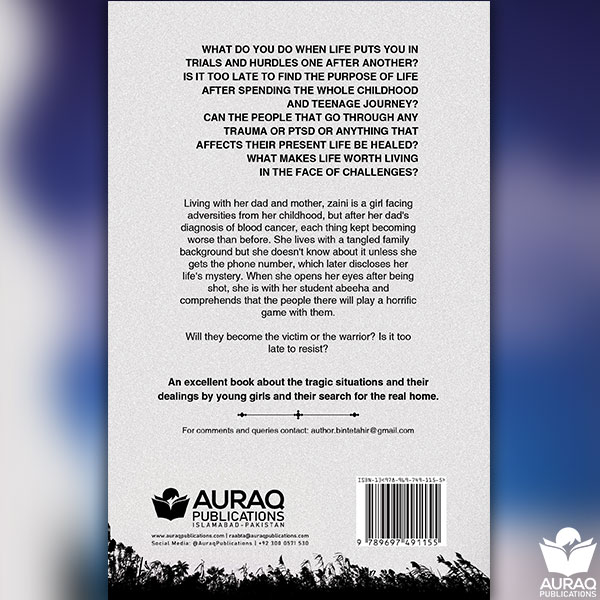 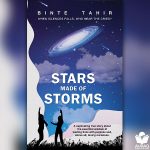 Stars Made Of Storms

A book about the tragic situations and their dealings by young girls and their search for the real home.

Stars Made of Storms

When silence falls, who hears the cries?

Living with her dad and mother, Zaini is a girl facing adversities from her childhood, but after her dad’s diagnosis of blood cancer, each thing kept becoming worse than before. She had a belief that nothing could defeat her unless she doesn’t give up, but she doesn’t know that sometimes, fate defeats. Zaini was the only money-earning woman in her house, and she never regretted her role in her entire life but when she was listening to her dad’s death news, that moment for the first time, she desired someone to be in place of her, someone else…..like Dad.

Abeeha is a teenager yet going to be an adult as she was 19, but so young that she still exhibited youth’s exuberance. On her departure from Pakistan, someone had put his hands on her mouth and pinched a needle-like sharp thing on her nape. She opened her eyes in an anonymous place, she had been dragged to a bearded, mustached man. Abeeha’s hand was bleeding. He held her bloody hand fiercely, chained her to the wall, stared at her for a moment, and smiled. His hands slid down on her sides and landed on her waist just above the hem of her jeans. She didn’t know what to do. She knew this would be bad.

Zaini had been shot on the way to leaving her home, her childhood cocoon. When she opened her eyes she was in a spacious room and comprehended that the people there will play a horrific game with her.

Will they become the victim or the warrior? Is it too late to resist?

An excellent book about the tragic situations and their dealings by young girls and their search for the real home.

Binte Tahir is a sixteen-year-old author, writes poetry in English, Urdu, and Arabic. Born in Karachi, Pakistan, she belongs to an open-minded family. She dreamed of a charming future but, early on, something frowned upon in her middle-class household. She moved along some hardships, which left her with post-traumatic stress disorder for some years of her life. This marked a transition in her early life from one carefree childhood to one with relative uncertainty. Despite her life being dogged by some adversities, she is very generous and has dreamed of an artistic career. In the deadly silences, she led her to herself. She led her to need her own heart. She led her to her own voice. She began to ferment social and domestic life, ideas, injustice, and a need for retaining the child as a child, not an adult.

She has embraced a responsibility to speak about the things we humans face and experience but lacks the courage of the expression to speak those out. She tries to balance her words and lines in a manner that may give her readers a vein and intense feelings of relatability. She describes the home as a place not only for living but where the soul and heart feel at peace. As a metaphor, her story is the first inkling.

As well as being a humanistic novelist, she always tries to become a humanitarian, in real life. She brings the real-life characters and the modern era, obstacles in her novel to make the book readers, especially the ones who mentally love to live in an academy that smells wood and old books at the head of a secret society, aware of the joys of real life. She writes realistically about children tackling problems and experiencing emotions that readers could empathize with. She wants to technically arrange the ink lines on a page to make the readers feel the same feelings they felt in their real lives.

2 reviews for Stars Made Of Storms