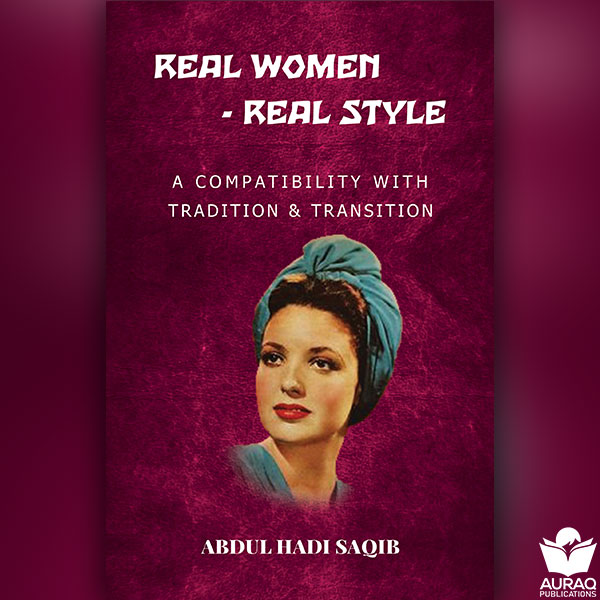 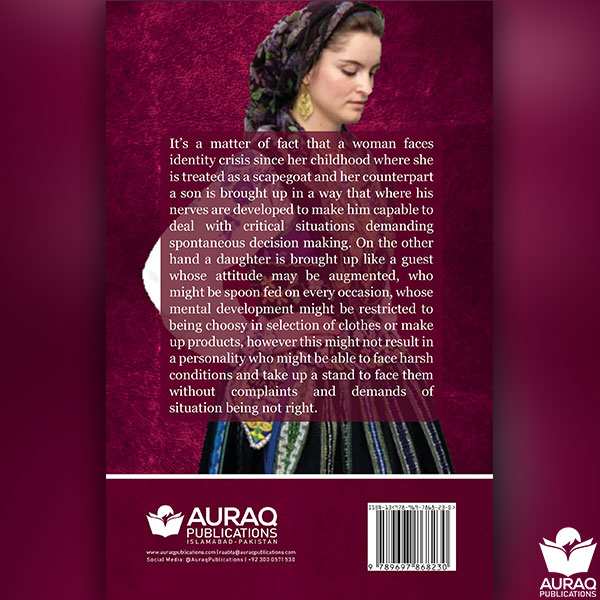 This book covers the aspects of a woman: traditional feminity and transitory progressive model, a woman not only encompasses the qualities of a homemaker but also play a critical role in survival of the society.

In the modern era people have been brainwashed by the mainstream media to perceive the things in two extremes. The pragmatic economic principles state any industry which is polarized generates huge returns since the consumer behavior becomes easy to exploit. We can see the polarization in terms of economic wealth, education industry etc.; similar polarization exists in fashion industry where the woman is subject to self-objectification and source of pleasure. This results in depreciation of status of woman and vanishes her own identity of a being created to serve the purposes despite being an advertisement icon.

This book covers the aspects of a woman: traditional feminity and transitory progressive model, a woman not only encompasses the qualities of a homemaker or caretaker but also that of playing a critical role in survival of the society; the purpose of promoting these two aspects is to defy the spoil and suppression of feminine gender, it’s a matter of fact that a woman faces identity crisis since her childhood where she is treated as a scapegoat and her counterpart a son is brought up in a way that where his nerves are developed to make him capable to deal with critical situations demanding spontaneous decision making. On the other hand a daughter is brought up like a guest whose attitude may be augmented, who might be spoon fed on every occasion, whose mental development might be restricted to being choosy in selection of clothes or make up products, however this might not result in a personality who might be able to face harsh conditions and take up a stand to face them without complaints and demands of situation being not right. But it should be kept in mind that if the woman is not developed in a way that of a son both physically and mentally then the upcoming generation would have similar flaws passed down, and we may have a nation who is submissive and less self-assertive. Hence as the time passes down it would become easy for the dominant groups to subdue the whole nation.

My name is Abdul Hadi Saqib, I am a freelancer and an author interested in areas e.g. social sciences, psychology, economics and religion. My recent work has been upon the concept of womanhood in perspective of traditional womanhood and transitional modernism, for this purpose I authored the book REAL WOMEN REAL STYLE – A compatibility with tradition and transition; my motto of tradition and transition derives from the vintage Europe and America where the women of the society who were indulged in traditional homemaking came out to participate in factory work to meet the both ends when the men were at war. Not only this there are many other concepts in the society as well which represents the concept of a woman possessing the expertise of home economics and worldly matters e.g. Shajar Ad Durr, Heildegard Von Bingen, Women Airforce Service Pilots. In the contemporary society we observe that the mainstream media has led us to believe that a woman in nothing more than an advertisement icon or a sexually objectified personality serving the purpose of giving pleasure, however if we go back to vintage Europe and their original tradition we find a woman as a sanctified person who not only catered to the traditional roles but also of leading the society. For this purpose I have compiled the traditional dresses of Europe of in a topical form in this book to enlighten people of actual tradition and defy the idea of the mainstream media.