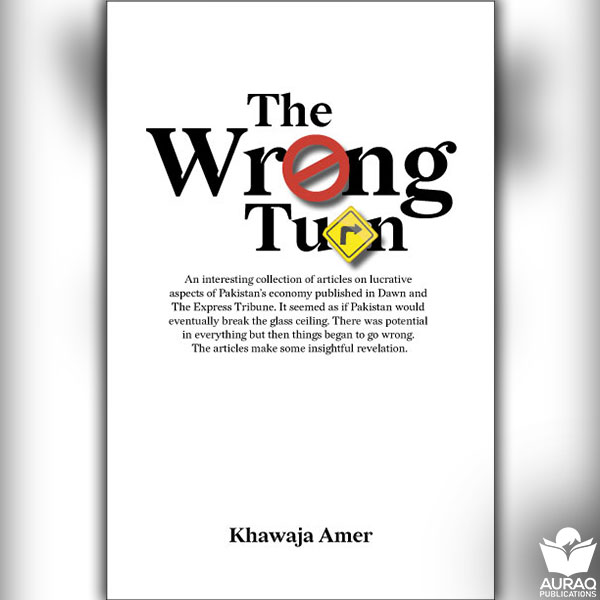 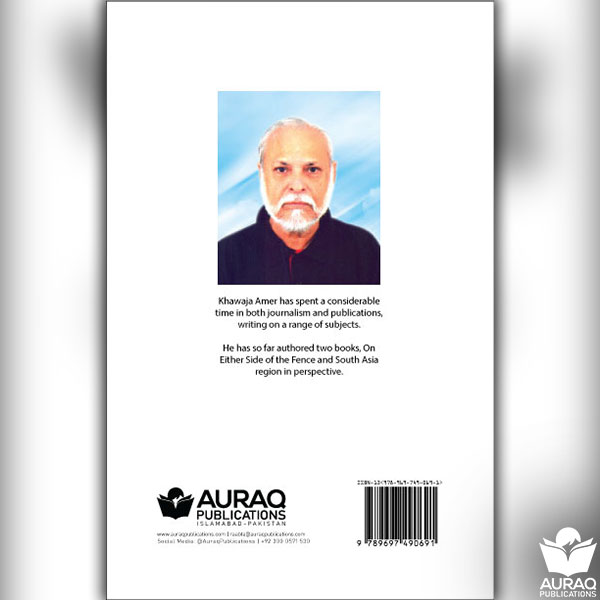 In ‘The Wrong Turn” Khawaja Amer tries to highlight the economic problems being faced by Pakistan as a Third World country with a focus on ground realities on alleviating inequality and poverty.

In ‘The Wrong Turn” Khawaja Amer tries to highlight the economic problems being faced by Pakistan as a Third World country with a focus on ground realities on alleviating inequality and poverty. It’s a compilation of articles published in Dawn, Express Tribune and couple of English Language Magazines.  Each article tackles a big question– many of which the reader has likely pondered or even debated over the dinner table. Questions like: what is missing from the agricultural scene? What is happening in our hospital and tuition centres? Why there’s a glut of Ph.Ds? How to make airports regionally competitive? Despite the contentious and divisive nature of these topics, the author manages to orchestrate a balanced debate, engaging with the entire spectrum of research, evidence and public opinion.

For instance on ‘Municipal Bonds for Karachi’s Development’ the author shows to solve the problem of insufficient budget allocation for Karachi Metropolitan Corporation. In ‘What’s missing from the agriculture scene’ he explores how research and media shape policy decisions on sustainable development in agriculture. Similarly in ‘Digitalization trends in agriculture’ he emphasized the need for the need of adopting modern techniques to boost the yields. In his piece on ‘Government and business community’ he highlights the importance of direct communication between the government and the business community to keep the wheels of economy moving. His write-up on ‘Women Entrepreneurship for a sustainable economy’ is indeed and eye opener which advocates economic independence for women in Pakistan.

Undoubtedly, though, the authors’ biggest contribution stems from highlighting the shortcomings of country’s finance managers and economic planners, it also suggest measures to overcome those shortcomings by citing examples of other countries. The articles are written in simple English avoiding the economy and finance jargons so that common readers can easily understand the points discussed in the articles. Throughout the book, the author carefully pins down the existing economic trends in the country analyzing the key role of finance managers and economic planners for the betterment of the  country’s economy.

Though Khawaja Amer is a retired government servant, he started his career as a working journalist in 1971 from the defunct Morning News Karachi, a National Press Trust publication. That was his first exposure to the world of writing and editing — and for him it was indeed a fascinating experience. So despite joining a government service he continued writing features on a variety of subjects for various newspapers and magazines. Thus the passion that was ignited by exposure to words and phrases remained with him all these years and it continues to haunt even now when he has embarked on the next leg of life’s journey after retirement.

He has spent over a decade (from 1971 to 1983) in the profession of journalism which includes serving as Staff Reporter in newspapers like Morning News, Karachi, Daily News, a Jang Group publication, Arab News, Jeddah, Saudi Arabia and Khaleej Times, Dubai. During his tenure as a working journalist he has covered a number of international events which include Sixth Islamic Foreign Ministers Conference and Islamic Finance Ministers Conference in Jeddah. He also has a number of investigative reports to his credit.

He joined Pakistan Civil Aviation Authority (CAA) in 1983, serving in senior positions in Human Resource and Public Relations departments. During his tenure in CAA he also attended a number of courses and seminars which also include United Nations Development Program (UNDP) funded course in Manila, Philippines.   After retirement from Civil Aviation Authority in 2008, he started contributing for Dawn, Express Tribune and a couple of English Language Magazines as a freelance journalist.

Born in Karachi in 1948, he hails from the famed Dhaka Nawab Family and has spent considerable time in both Journalism and Public Relations, writing on a range of subjects. He is a prolific writer and has so far published two books i.e. ‘On Either Side of the Fence’ , published by the Pakistan Study Centre, Karachi University and ‘South Asia, A Region in Perspective’. ‘The Wrong Turn’ is his third book.

Be the first to review “The Wrong Turn” Cancel reply