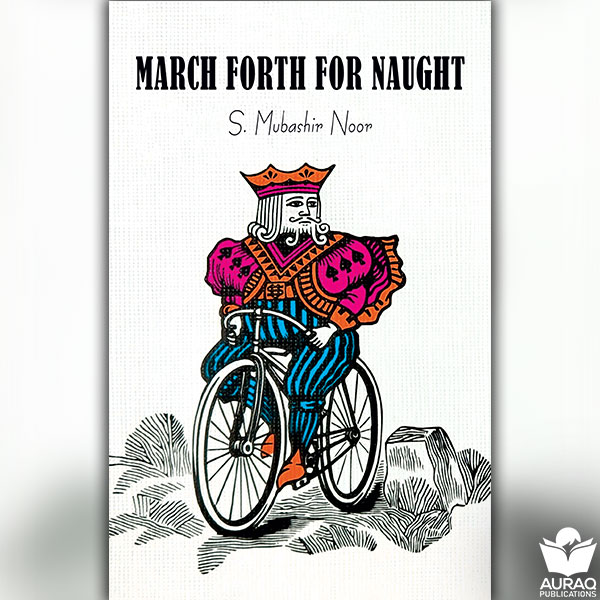 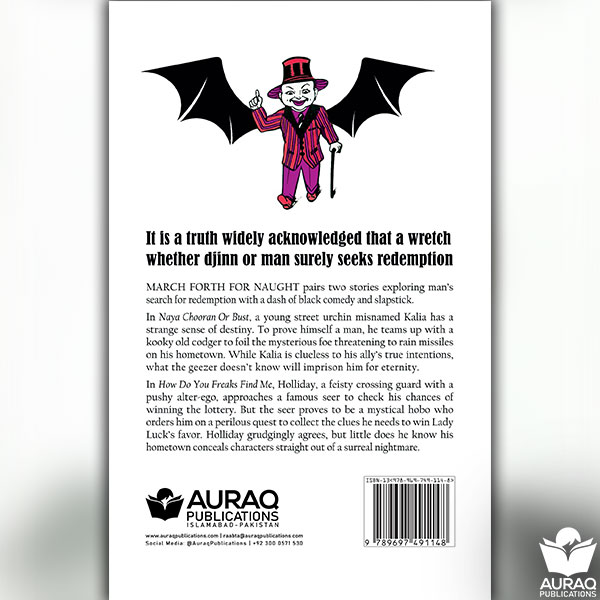 March Forth For Naught

MARCH FORTH FOR NAUGHT pairs two stories exploring man’s search for redemption with a dash of black comedy and slapstick.

MARCH FORTH FOR NAUGHT pairs two stories exploring man’s search for redemption with a dash of black comedy and slapstick.
In Naya Chooran Or Bust, a young street urchin misnamed Kalia has a strange sense of destiny. To prove himself a man, he teams up with a kooky old codger to foil the mysterious foe threatening to rain missiles on his hometown. While Kalia is clueless to his ally’s true intentions, what the geezer doesn’t know will imprison him for eternity.
In How Do You Freaks Find Me, Holliday, a feisty crossing guard with a pushy alter-ego, approaches a famous seer to check his chances of winning the lottery. But the seer proves to be a mystical hobo who orders him on a perilous quest to collect the clues he needs to win Lady Luck’s favor. Holliday grudgingly agrees, but little does he know his hometown conceals characters straight out of a surreal nightmare.

S. Mubashir Noor is a Pakistani journalist and media professional with bylines in the local and international press; including the Huffington Post India, the New Straits Times, the Daily Times and South Asia magazine. He holds degrees in business and journalism; and certificates in filmmaking, audio engineering, and graphic design. When the sun goes beddy-bye, he spit-shines black comedies among other feebly gruesome pursuits.

Be the first to review “March Forth For Naught” Cancel reply