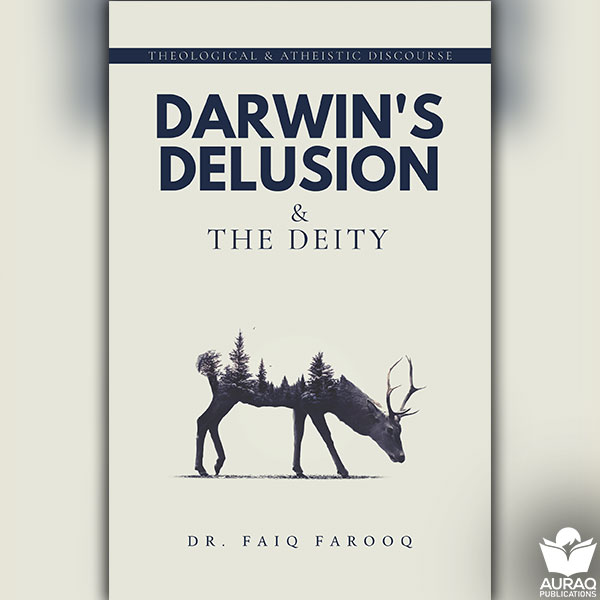 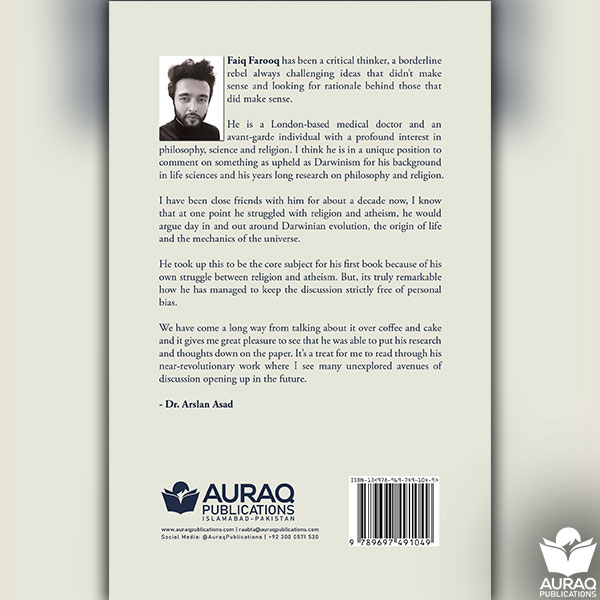 Darwin’s Delusion And The Deity

This book is a response to the blatant partiality of the mainstream media in favor of the atheistic discourse.

This book is a response to the blatant partiality of the mainstream media in favor of the atheistic discourse. It is an analytical breakdown of the two of the most fundamental ideas upon which atheism stands afoot; origin of the first life and Darwinian evolution thereafter. Origin of the first ever living organism, which is speculated to have occurred spontaneously, has been discussed in this book in the light of our current understanding of a simple cell and our laboratory attempts to create the same.

From thereon, the first cell to the first human, it is a huge leap that science credits Neo-Darwinism for. This book contains a concise and to-the-point discussion on the difficulties of the Darwin’s Theory of Evolution and whether it’s really as factual as advertised.

The biological foundation of atheism is wrongly exaggerated and the argument of intelligent-design is extremely under-represented in the literary world. The aftermath of that is just a long list of bad outcomes that are rampant but avoidable. This book is a small contribution to equip science with thriving neutrality and cleanse it of intolerant bigotry instilled by certain elements of modern atheism.

Contemporary atheists like Richard Dawkins are repeatedly bombarding the world with new ways of discarding the need for God. Their ideas stream freely into the mass media and then to the public because of the sheer lack of checks on their validity. This book welcomes their arguments and deals with them from a scientific point of view putting the mandatory checks on the accuracy of their “scientific claims”.

While you read through the book, you will feel time and again that this perspective to biology and atheism has been kept from you by your science teacher, course books, media, your atheist friend and every other mainstream source of information.

What is different about this book than other texts on similar topics is the invested emphasis on reasoning instead of sentimental pleas to the reader to believe in God. It in fact contains objective substance which provokes the reader’s thought process and allows them to formulate their own opinion about atheism and theology.

I hope frontiers of discussion about the subject of origin of intelligent life are opened by means of this book.

Faiq has been a critical thinker. A borderline rebel always challenging ideas that didn’t make sense and looking for the rationale behind those that did.

He is a London-based medical doctor and an avant-garde individual with a profound interest in philosophy, science, and religion. I believe he is in a unique position to comment on something as-upheld as Darwinism for his background in life-sciences. And his years-long research on philosophy and religion.

He has been close friends with him for about a decade now, at one point. I saw him struggle between blind faith and rationality. He would argue day in and out around God, Darwinian evolution, and the mechanics of the universe.

He took this to be the core subject for his book because of his own divisive history with religion & atheism. But, it’s truly remarkable how he has managed to keep the discussion strictly free of personal bias.

Faiq and I’ve come a long way from talking about it over coffee and cake. It gives me great pleasure to see that he was able to put his research and thoughts down on paper. It’s a treat for me to read through his near-revolutionary work where I see many unexplored avenues of discussion.