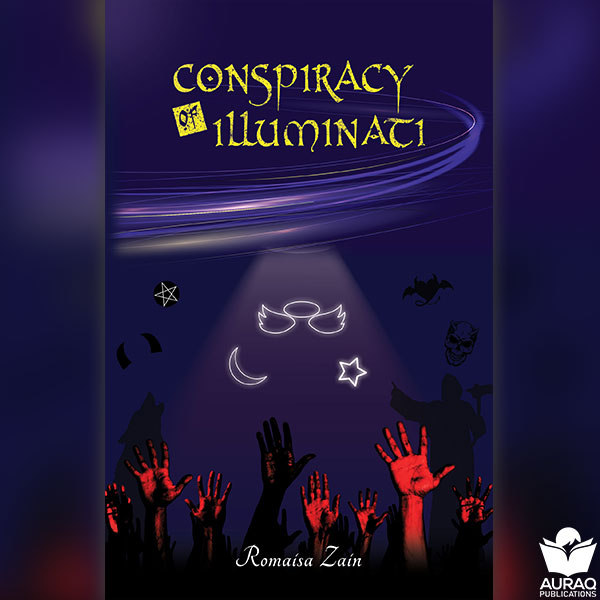 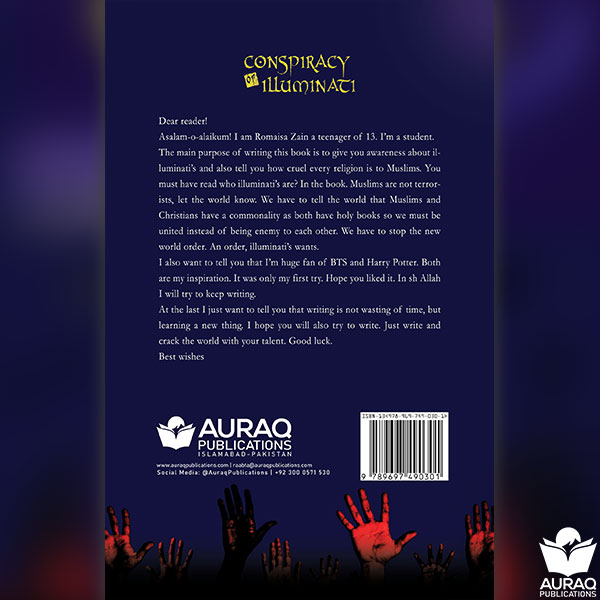 This book is about a Muslim boy whos parents were kidnapped by the Illuminati.

Conspiracy of Illuminati is about a boy who was a Muslim but was brought up by a non-muslim Aunt and Uncle. They never told him about Muslims or Islam but they also never let him go to Church. His parents were alive but where they were? No one knew. One day his Aunt and Uncle told him, each and everything and also told him that he have to live with his Maternal Uncle. His Maternal Uncle told him that his parents were alive and somewhere Illuminati’s have kidnapped them.

I’m a teenager of 13 named Romaisa Zain. I grew up reading Harry Potter Novels, Roald Dahl’s books.
My parents want me to be different, they want me to do something special. To make their dream come true, I choose writing.
J.K Rowling [author of Harry Potter] and the boy band BTS inspired me. Rowling inspired me to write and BTS inspired me to do something special.
I want to write for the rest of my life as I want to be a Journalist.
I just want to you know writing is not wasting of time but learning a new thing. Hope so you’ll also try to write. Just write and crack the world with you talent. Best Wishes. ~ Romaisa

Be the first to review “Conspiracy of Illuminati” Cancel reply