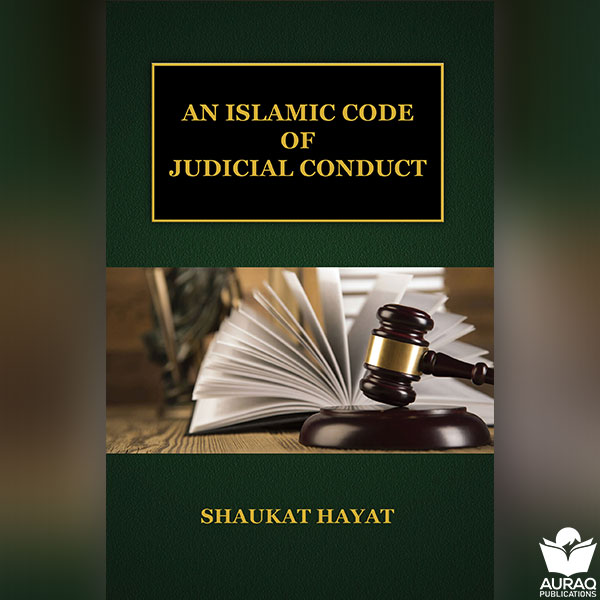 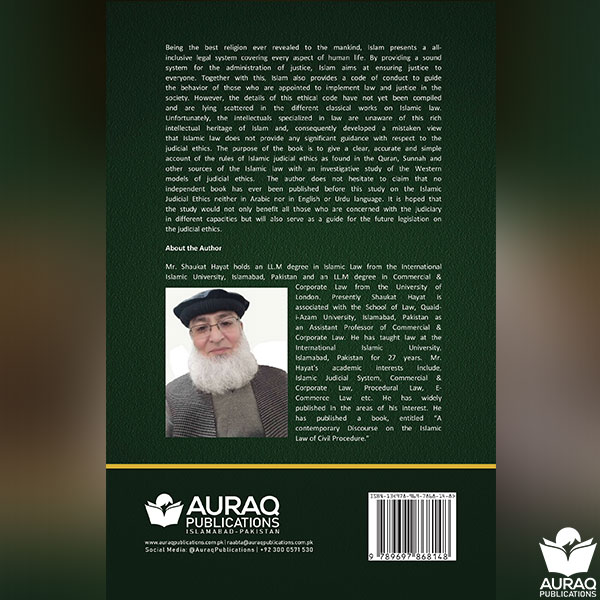 An Islamic code of Judicial Conduct

Being the best religion ever revealed to the mankind, Islam presents a all-inclusive legal system covering every aspect of human life. By providing a sound system for the administration of justice, Islam aims at ensuring justice to everyone. Together with this, Islam also provides a code of conduct to guide the behavior of those who are appointed to implement law and justice in the society. However, the details of this ethical code have not yet been compiled and are lying scattered in the different classical works on Islamic law. Unfortunately, the intellectuals specialized in law are unaware of this rich intellectual heritage of Islam and, consequently developed a mistaken view that Islamic law does not provide any significant guidance with respect to the judicial ethics.

The purpose of the book is to give a clear, accurate and simple account of the rules of Islamic judicial ethics as found in the Quran, Sunnah and other sources of the Islamic law with an investigative study of the Western models of judicial ethics. The author does not hesitate to claim that no independent book has ever been published before this study on the Islamic Judicial Ethics neither in Arabic nor in English or Urdu language. It is hoped that the study would not only benefit all those who are concerned with the judiciary in different capacities but will also serve as a guide for the future legislation on the judicial ethics.

Mr. Shaukat Hayat holds an LL.M degree in Islamic Law from the International Islamic University, Islamabad, Pakistan and an LL.M degree in Commercial & Corporate Law from the University of London. Presently Shaukat Hayat is associated with the School of Law, Quaid-i-Azam University, Islamabad, Pakistan as an Assistant Professor of Commercial & Corporate Law. He has taught law at the International Islamic University, Islamabad, Pakistan for 27 years. Mr. Hayat’s academic interests include, Islamic Judicial System, Commercial & Corporate Law, Procedural Law, E-Commerce Law etc. He has widely published in the areas of his interest. He has published a book, entitled “A contemporary Discourse on the Islamic Law of Civil Procedure.” His book ‘An Islamic code of Judicial Conduct’ has been published by Auraq Publications.