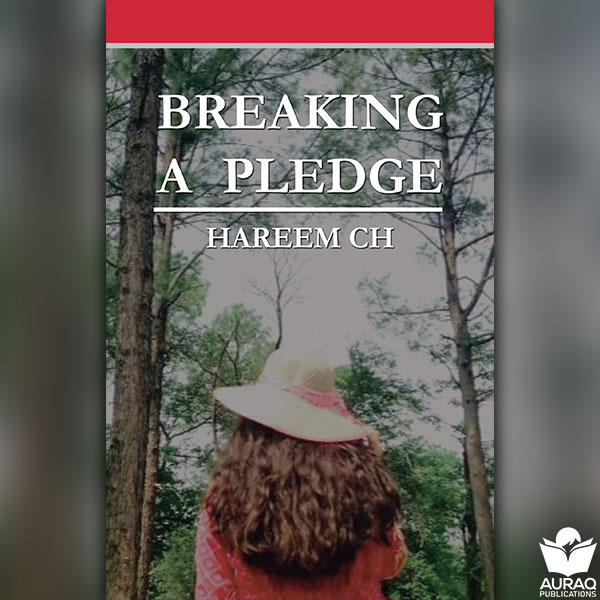 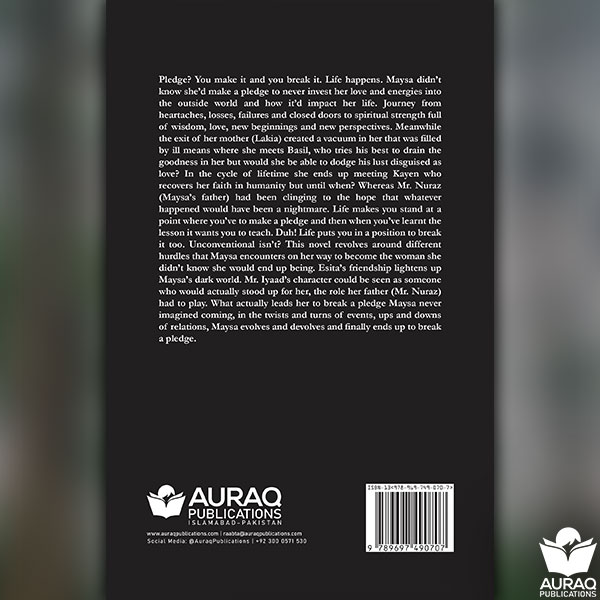 Pledge? You make it and you break it. Life happens. Maysa didn’t know she’d make a pledge to never invest her love and energies into the outside world and how it’d impact her life.

Pledge? You make it and you break it. Life happens. Maysa didn’t know she’d make a pledge to never invest her love and energies into the outside world and how it’d impact her life. Journey from heartaches, losses, failures and closed doors to spiritual strength full of wisdom, love, new beginnings and new perspectives. Meanwhile the exit of her mother (Lakia) created a vacuum in her that was filled by ill means where she meets Basil, who tries his best to drain the goodness in her but would she be able to dodge his lust disguised as love? In the cycle of lifetime she ends up meeting Kayen who recovers her faith in humanity but until when? Whereas Mr. Nuraz (Maysa’s father) had been clinging to the hope that whatever happened would have been a nightmare. Life makes you stand at a point where you’ve to make a pledge and then when you’ve learnt the lesson it wants you to teach. Duh! Life puts you in a position to break it too. Unconventional isn’t? This novel revolves around different hurdles that Maysa encounters on her way to become the woman she didn’t know she would end up being. Esita’s friendship lightens up Maysa’s dark world. Mr. Iyaad’s character could be seen as someone who would actually stood up for her, the role her father (Mr. Nuraz) had to play. What actually leads her to break a pledge Maysa never imagined coming, in the twists and turns of events, ups and downs of relations, Maysa evolves and devolves and finally ends up to break a pledge.

Hareem Ch lives in Rawalpindi, Pakistan. On September 23, 2020 she has self published her novel, “Breaking a Pledge” on Amazon.
She has been writing since her childhood but quite new in posting her write-ups on social media platforms to be recognized as an international writer, poet and now an author.
You can find Hareem Ch’s other unpublished work and poems on her official Instagram account (@_hareemch_).

5 reviews for Breaking a Pledge